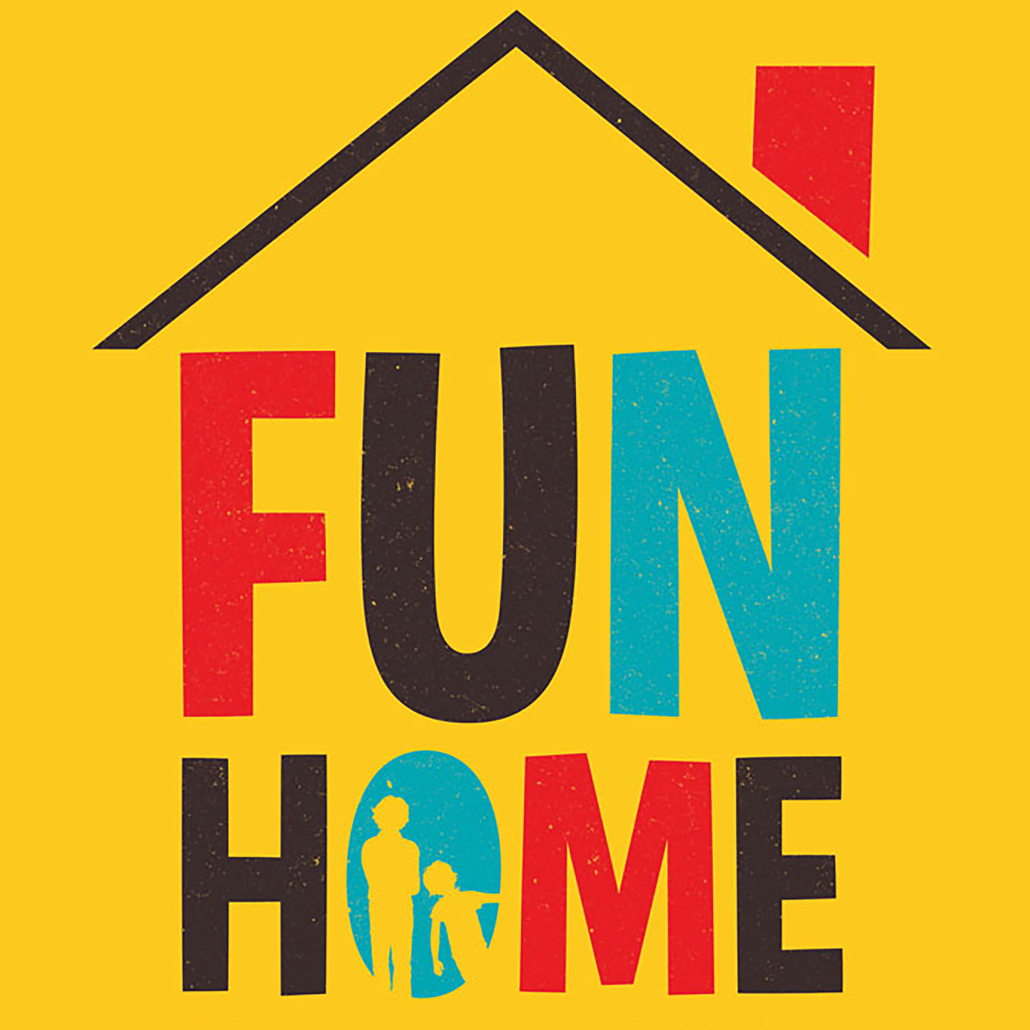 What to Prepare: Adults: Please prepare 32 bars of a song in the style of the show that displays your vocal range and a contemporary monologue under 2 minutes (comedy or drama). Actors may also be asked to read from the script.

Children: Please prepare 32 bars of a song in the style of the show that displays your vocal range and tell us a joke!

About the Show: The winner of five 2015 Tony Awards including Best Musical, FUN HOME is based on Alison Bechdel’s best-selling graphic memoir. When her father dies unexpectedly, graphic novelist Alison dives deep into her past to tell the story of the volatile, brilliant, one-of-a-kind man whose temperament and secrets defined her family and her life. Moving between past and present, Alison relives her unique childhood playing at the family’s Bechdel Funeral Home, her growing understanding of her own sexuality, and the looming, unanswerable questions about her father’s hidden desires. Fun Home is a refreshingly honest, wholly original musical about seeing your parents through grown-up eyes.

Bruce  (Age 45 – 50): Alison’s father, a high school English teacher who is also a funeral home director. A complex man with a temper, partially due to his repressed homosexuality. Loving and attentive to his children but also shows flairs of anger. Strong actor/singer

Small Alison (Age 9 – 10): Precocious and opinionated, figuring out why she doesn’t feel she fits in on how girls are expected to behave and dress. Actor/singer, not a traditional Broadway belt sound.

Medium Alison (Age 20 – 24): Freshman at Oberlin College and discovering her sexuality. Intelligent, well-read and socially awkward. Actor/Singer with a strong belt with a mix to E. *Must be comfortable with portraying a same-sex relationship and same-sex kissing.

Alison (Female | Age 40 – 45) Narrator of the story, very self-aware and able to insightfully comment on her own journey and the complex relationship with her father and his tragic death. Vocal range low E to C sharp

Helen (Female | Age 45 – 55): Alison’s mother has spent her life trying to be a good mother and wife, but is frustrated with her marriage and her husband’s relationships with other men. Actor/singer . Vocal range A flat to E

Roy/ Mark/ Bobby (Male | Age 23 – 26): Plays numerous roles from Roy, a young guy who is hired to do yard work, Mark, a junior in high school, Bobby Jeremy, the lead singer in a rock band . Sexy, youthful, appears shirtless in one scene with a strong pop voice.

Joan (Female | Age 23 – 25): Alison’s first girlfriend whom she meets at Oberlin. Joan is a poet, feminist, and activist. Unlike Alison, Joan is very comfortable in her own skin. No solo singing, but needs to be comfortable with singing. *Must be comfortable with portraying a same-sex relationship and same-sex kissing.

Christian and John Bechdel (Male | Ages 6 – 11): Alison’s brothers. Christian is around 10yrs old Alison’s older brother but overshadowed by her strong personality and John is around 6yrs old and full of energy, looks up to his siblings. Both must be confident singers who can hold harmonies.