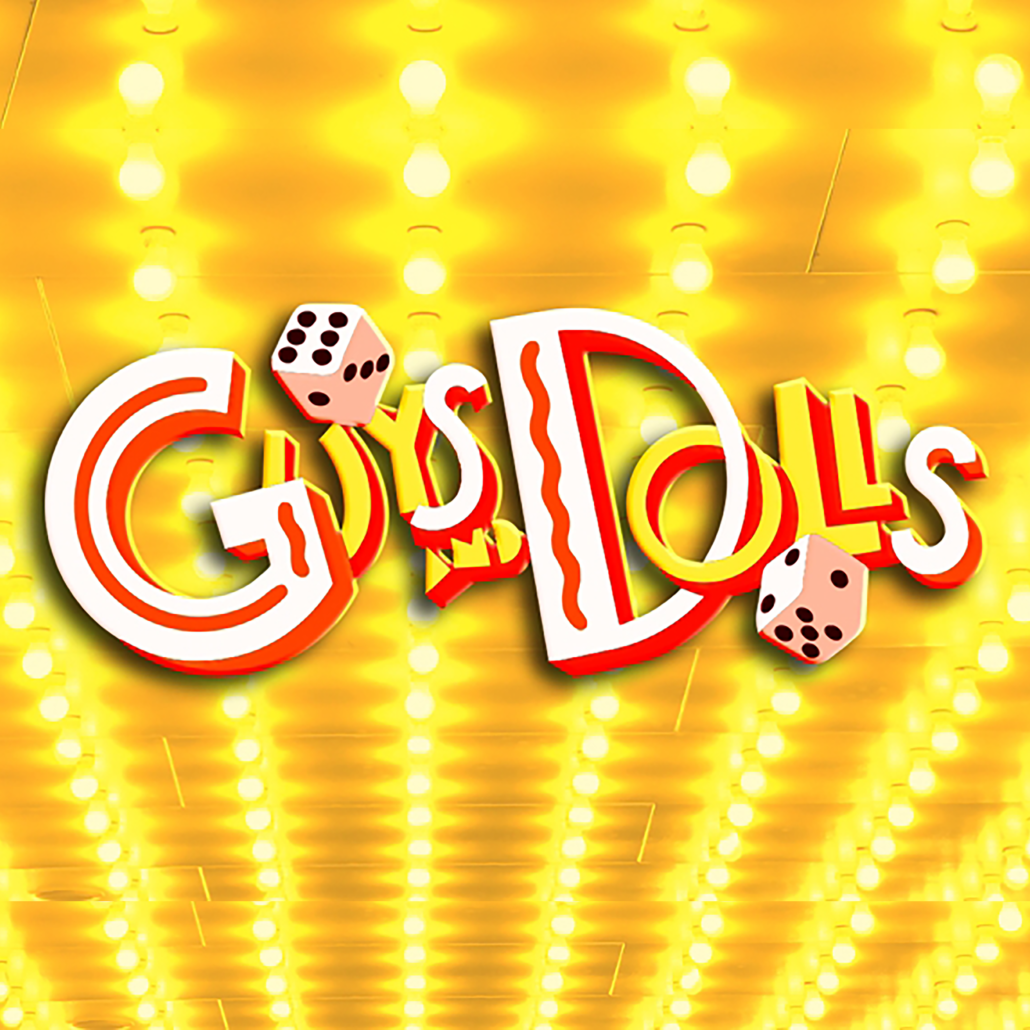 About the Show: Gambler, Sky Masterson makes a bet with his buddy Nathan Detroit that he can persuade the Save-A-Soul Missionary babe, Sarah Brown, to take a trip with him to Havana. Meanwhile, Nathan is doing his best to remain unmarried to his long-time fiancée, Adelaide. Set in New York City in the mid-20th century, amid gamblers, showgirls, and evangelical missionaries, the story is colorful and the characters memorable.

Nathan Detroit (Baritone or Tenor to F | Age 35 -50): the organizer of the floating crap game; a slightly neurotic, lovable rogue who is always struggling to stay one step ahead of the pack — and looking for the big break he never seems to get; his heart is torn between the camaraderie of his gambling circle and Adelaide, to whom he has been engaged for 14 years; an excellent actor with strong comedic timing

Miss Adelaide (Mezzo to A | Age 30s – 40s): an attractive nightclub singer/dancer at the “Hot Box” and Nathan’s long-suffering fiancée, this role requires a strong belter with dancing ability and excellent comedic skills; she adores Nathan but is driven so crazy by his antics that she famously develops “psychosomatic symptoms involving the upper respiratory tract”

Sky Masterson (Baritone B to Eb | Age 30s – 40s): he is a suave, intelligent, and confident gangster who naturally commands others’ respect and attention; handsome, with excellent stage presence, he is familiar with attracting the attention of the ladies but finds himself falling in love with the one woman who brushes off his advances; some dance/movement ability would be useful but is not essential.

Sarah Brown (Soprano to High A | Age 18 – 35): prim Salvation Army officer with a genuine passion for missionary work; gives Sky a frosty reception, but after a little too much rum, her straight-laced persona slips away; this role requires a versatile singing actress with range that includes stern, romantic, comedic, and drunk

Nicely-Nicely Johnson (Featured Supporting Role | Tenor to High Bb | Age 30 – 60): Nathan Detroit’s best pal, whose appetite and enthusiasm know no bounds; comic, cheerful, and likable as he delivers funny one-liners and several of the show’s most well-known numbers with equal aplomb, including “Fugue for Tinhorns” and the show-stopping “Sit Down You’re Rockin’ the Boat.”

Rusty Charlie (Baritone | Age 25 – 40): featured singer in “Fugue for Tinhorns” with Nicely & Benny, and then joins the ensemble.

Harry The Horse (Age 30s – 40s): the quintessential tough guy gambler; has come into money by collecting the reward on his father; sidekick and mouthpiece to Big Jule, so – though a pleasant rogue – is more on the ball and can be a cool customer who is able to stand his ground when necessary; sings with the ensemble but not alone.

Big Jule (Age 35+): an intimidating hustler from Chicago; a temperamental sore loser; stage presence and acting ability are the main requirements for this comedic speaking role; the role can be played by an actor of large height and stature to match his name, or it can be played by a diminutive actor as an ironic and comic gesture.

Lt. Brannigan (Male | Non-singing Role | Age 35+): a member of the local police force, wise to the gangsters’ exploits and trying to keep them in order; commands respect from Nathan and the guys.

Male Dancers who Sing will be featured in “Luck Be a Lady” and as Havana dancers; may double as Runyonland characters; cameo gambler roles will be cast from this group. Male singers who Move but may not be skilled dancers will be considered to sing some of the greatest male ensemble numbers in musical theatre (e.g., “Oldest Established,” “Luck Be A Lady”); some will be featured in the Mission Band; may double as Runyonland characters; several cameo roles will be cast from this group.