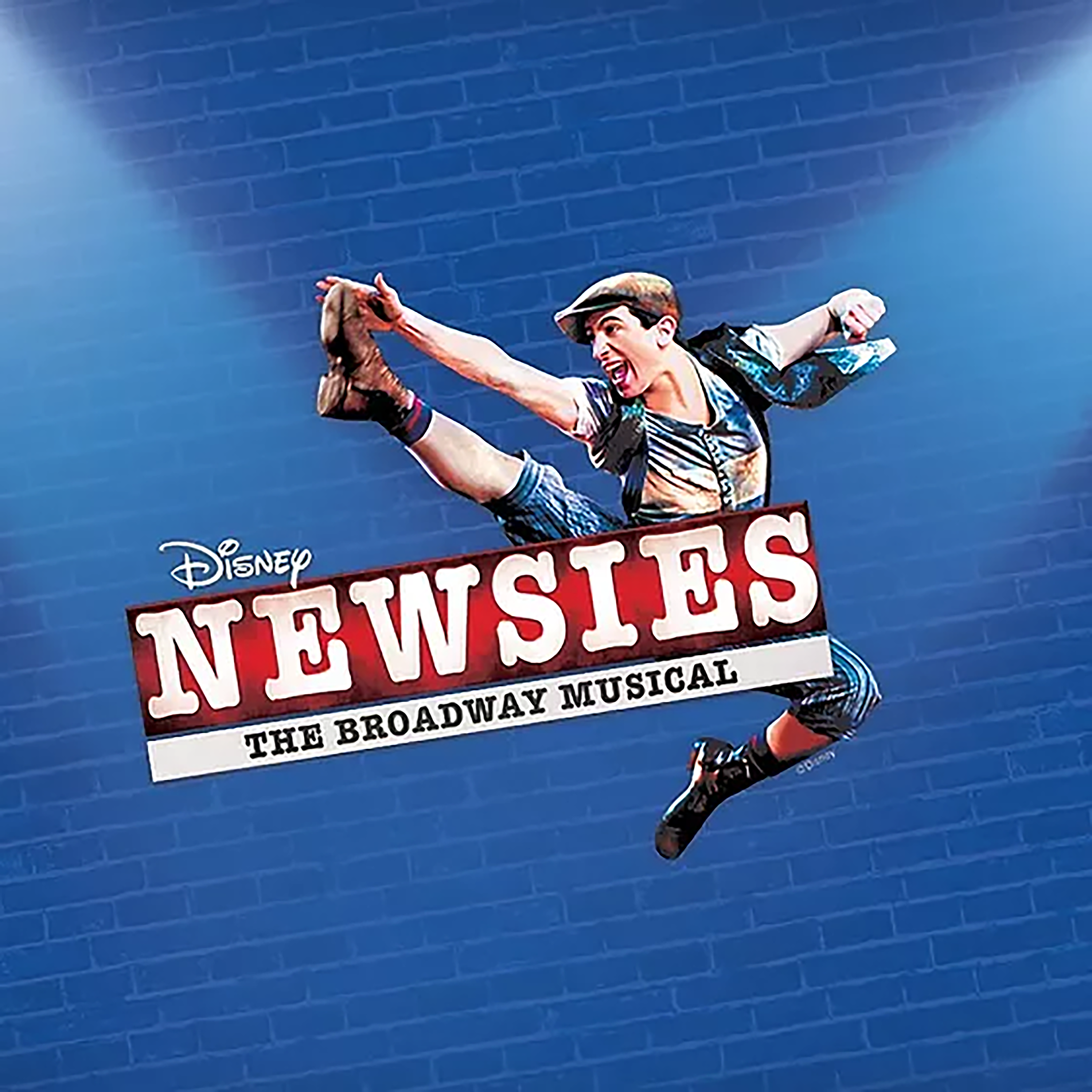 Anyone under 18 years of age must get parent or guardian approval before being considered for casting.

About the Show: Set in turn-of-the-century New York City, Newsies is the rousing tale of Jack Kelly, a charismatic newsboy and leader of a band of teenaged “newsies.” When titans of publishing raise distribution prices at the newsboys’ expense, Jack rallies newsies from across the city to strike against the unfair conditions and fight for what’s right!

Based on the 1992 motion picture and inspired by a true story, Newsies features a Tony Award-winning score by Alan Menken (Little Shop of Horrors, Sister Act) and Jack Feldman and a book by Tony Award winner Harvey Fierstein (Kinky Boots). Featuring the now classic songs “Carrying the Banner,” “Seize the Day,” and “Santa Fe,” Newsies is packed with non-stop thrills and a timeless message, perfect for the whole family and every audience.

Jack Kelly  (Age 17 – 25): The charismatic leader of the Manhattan newsies, is an orphaned dreamer and artist who yearns to get out of the crowded streets of New York and make a better life for himself out West. Fiercely protective of his best friend, Crutchie, and strongly loyal, Jack isn’t afraid to use his voice to attain better conditions for the working kids of New York City. Though living on the streets has given him a tough-guy exterior, Jack has a big heart and can demonstrate a sweet vulnerability – especially when it comes to bantering with a certain female reporter. Must have a great pop tenor voice and a sense of physicality.

Katherine Plumber (Age 17 – 25): An ambitious young reporter, who works hard to make a name for herself as a legitimate journalist in a time when women aren’t taken seriously. Quick, funny, and resourceful, she boldly captures the voice of a new generation rising in her coverage of the newsies’ strike. While she generally has no time for cocky, streetwise young men, she makes an exception for Jack Kelly. Though she only has a brief dance solo in “King of New York,” Katherine should have a great contemporary pop voice with a high belt – diction is key.

Joseph Pulitzer (Age 35 – 55): A pompous businessman through and through, owns the World and is concerned solely with the bottom line. Katherine’s no-nonsense father, Pulitzer doesn’t sympathize with the strikers, but he does eventually – and grudgingly – respect Jack.

Crutchie (Age 14 – 25): A dedicated newsie with a bum leg that’s painful, but helps sell more papes. Though s/he walks with the assistance of a crutch, Crutchie doesn’t let it define him/her; when in a jam, Jack Kelly’s best friend relies on a goofy-sweet sense of humor and optimistic resilience. Crutchie is the heart of the resistance. Though movement will suggest a bum leg, Crutchie should still be included in the dance numbers.

Davy (Age 14 – 25): Les’s straight-laced, bright big brother starts selling newspapers to help his family earn a living, but becomes swept up in the fervor of the strike. A leader in his own right who is learning to use his voice to uplift others, Davey is the brains of the resistance.

Les (Age 10 – 12): Davey’s cheeky younger brother, is inspired by the freedom of the newsies and loves their independent lifestyle. A precocious and natural newsie, Les is an intuitive salesboy and a pint-sized charmer. He should present as younger than the other newsies.

Spot Conlin (Age 15 – 20): The proud leader of the Brooklyn newsies, boasts an intimidating reputation and a short singing solo in “Brooklyn’s Here.”

Darcy (Age 13 – 20): The upper-class kid of a publisher who sides with the newsies. Can double as a newsie.

Bill (Age 13 – 20): The son of William Randolph Hearst who joins the newsies’ cause. Can double as a newsie.

Wiesel (Age 35 – 50): Or “Weasel,” runs the distribution window for the World and knows most of the newsies by name. Assisted by the intimidating Delancey brothers, who keep order by any means necessary, Wiesel is Pulitzer’s disgruntled paper-pusher.

Oscar & Morris Delancey (Ages 12 – 18): Tough brothers who work at the distribution window for the World, take the side of the publishers in the strike and are known to use their fists to make a point.

Syder (Age 45 – 65): The crooked and sinister warden of The Refuge, a filthy and horrible orphanage, is concerned only with catching enough kids to keep government checks coming.

Medda Larkin (Age 25 – 45): Inspired by vaudeville performer Aida Overton Walker, this big-voiced saloon singer, and star of the Bowery offers her theater as a safe haven for the newsies. An astute entertainer with great comic delivery, she’s a good friend to Jack and stands firmly behind the newsies in their fight for justice.

Mr. (or Mrs.) Jacobi (Age 35 – 55): Allows the newsies to congregate in the restaurant to plan their strike – when s/he doesn’t have any paying customers, that is.

The Newsies (Males & Females | Ages 10 – 25):  Including Albert, Buttons, Elmer, Finch, Henry, Ike, Jo Jo, Mike, Mush, Race, Romeo, Specs, Splasher, and Tommy Boy, are some of the hard-working kids of New York City that go on strike for a livable wage. Strong dancers who can sing well (jazz, ballet, tap, acrobatics/tumbling a plus).

Ensemble (Male & Female): Male and female singers for the ensemble and chorus specialty parts. In the original Broadway production, the adult (non-newsie) ensemble comprised eight actors who doubled as indicated below. All other featured roles and understudies were cast from the ensemble of newsies. We may or may not choose to use the following breakdown.